NYPD officer Michael Pascale was working his shift driving around in the squad car. When he turned a corner along a public park, he saw a scared and shivering dog chained up to a link fence. It was a cold and rainy day, and the dog was all alone. It was surrounded by broken beer bottles and used needles. Taken by the sight, Officer Pascale went down from his patrol car and set the dog free.

The kind officer took the Pit Bull to the Animal Control Center as dictated by their training and procedures. But all throughout the drive to the ACC, the dog kept looking at his rescuer and was seemingly saying thank you for setting him free. The animal’s gesture touched officer Pascale, and he bonds with the dog. He had a feeling that this was not the last time they were going to see each other.

While the dog was being processed at the ACC, Officer Pascale sent a picture of the rescued dog to his wife. He tells her what happened with the dog, and to his surprise, his wife told him to bring the dog home. Officer Pascale was ecstatic; he had already fallen in love with the dog and was already wishing that his wife would allow him to adopt the dog.

ACC couldn’t let Officer Pascale take the dog just yet. There was a mandatory 72-hour hold on all rescues. So despite the dog’s silent pleas to Officer Pascale, he still had to say goodbye. But he promised he would be back.

And he did. Officer Pascale went to to the ACC and took Joey, the name he had given the dog, out for a walk during his break. Their bond kept growing stronger and stronger. And before Officer Pascale left that day, he was stroking Joey’s chin, and the dog was so relaxed and happy that he fell asleep on his hand.

And finally, the 72 hours was done. Officer Pascale was able to take Joey home to see his wife. Like his husband, she immediately fell for the dog too. Joey was a very gentle dog that was full of life, love, and energy. Finally, Joey found a home and family that he deserves. 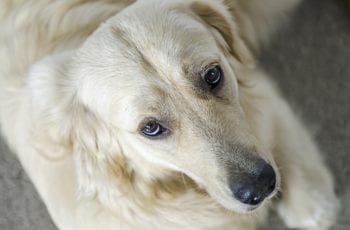 Peaches and Duke are two therapy dogs who have just …

Identification cards serve as one of the essential cards everybody …

There are moments in life when you are placed in …

Our website is made possible by displaying online advertisements to our visitors. Please consider supporting us by disabling your ad blocker.