Trimming nails is an important part when grooming a dog.

That doesn’t mean that every dog likes it though. Nearly all pets will want to avoid it at all costs.

One dramatic pitbull named Ginger pretended to faint to avoid her nails getting trimmed.  Though her effort failed badly, her actions could be said to be Oscar-worthy. Everything thankfully was captured for everyone to watch and enjoy. 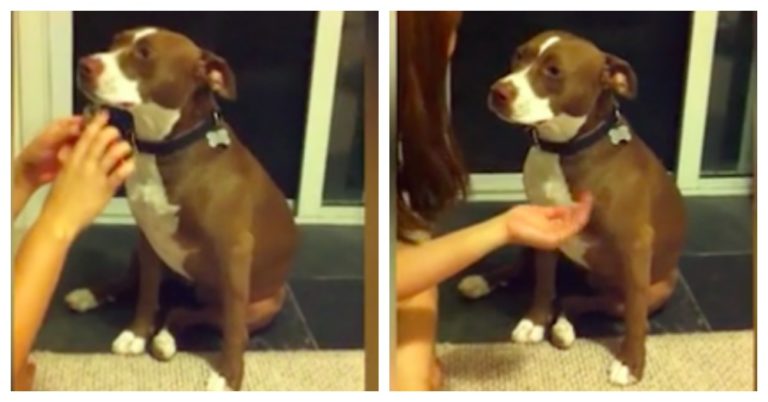 The video started with Ginger’s mom petting Ginger and then showing her the nail clippers. After that, she politely asked if she could have Ginger’s paw, a request that is promptly ignored. She then lifted Ginger’s front paw to try and trim the nails, yet Ginger pretended to faint and started rolling backward in slow motion.

The person recording the event couldn’t stop laughing at the dog’s act. The mom wasn’t affected by Ginger’s acting and continued trimming her nails. 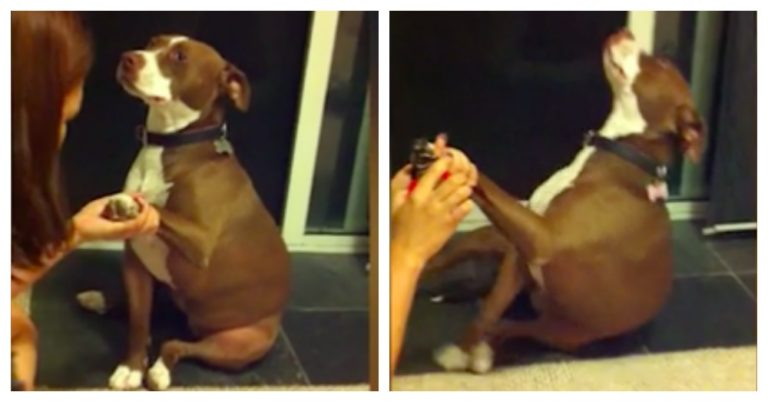 Ginger realized that her actions were all in vain; she then looked at the camera as if she was asking for help.

Ginger’s video went viral, with many of the viewers relating all too well on this battle they call “Dog Nail Trimming.” One of the viewers wrote that Ginger’s mom was having a much better time than them; after all, Ginger lets her mom get close to her. Other people gave tips on tricking their pets into making them get their nails trimmed. 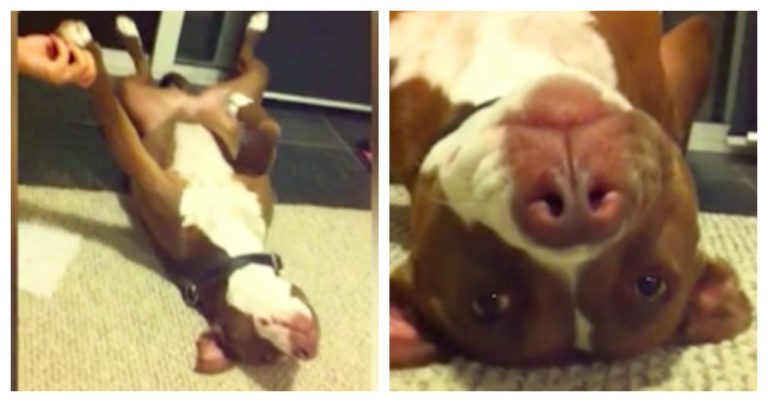 A person wrote that the only way their dog lets them trim its nails is by continuously feeding bits of hot dog. They said that otherwise, their dog just looks at them like they are about to be murdered.

Watch Ginger as she tries to act her way out of getting her nails trimmed in the video down below.

Being an only child has its advantages and disadvantages. One …

As she was driving, Laura Seymour, from Virginia, couldn’t help …

Identification cards serve as one of the essential cards everybody …

Our website is made possible by displaying online advertisements to our visitors. Please consider supporting us by disabling your ad blocker.